Windows
New features in the Windows release include the ability to create, open, edit, and save files in the cloud straight from the desktop, a new search tool for commands available in Word, PowerPoint, Excel and Outlook named "Tell Me", more "Send As" options in Word and PowerPoint, and co-authoring in real time with users connected to Office Online. Other smaller features include Insights, a feature powered by Bing to provide contextual information from the web, a Designer sidebar in PowerPoint to optimize the layout of slides, new chart types and templates in Excel (such as treemap, sunburst chart (also known as a ring chart), waterfall chart, box plot and histogram, and financial and calendar templates), new animations in PowerPoint (such as the Morph transition), the ability to insert online video in OneNote, and a data loss prevention feature in Word, Excel, and PowerPoint.
Microsoft Office 2016 cannot coexist with Microsoft Office 2013 apps, but it can coexist with earlier versions of Microsoft Office, such as 2003, 2007, and 2010. Microsoft offers to freely replace these older 2013 versions with an updated version.
Mac
New features in the Mac release include an updated user interface that uses ribbons, full support for Retina Display, and new sharing features for Office documents.
In Word, there is a new Design tab, an Insights feature, which is powered by Bing, and real-time co-authoring. In Excel, there is a Recommended Charts feature, and PivotTable Slicers. In PowerPoint, there are theme variants, which provide different color schemes for a theme. In Outlook, there is a Propose New Time feature, the ability to see calendars side by side, and a weather forecast in the calendar view.
Outlook 2016 for Mac has very limited support for synchronization of collaboration services outside of basic email.
With version 15.25, Office for Mac transitioned from 32-bit to 64-bit by default. Users that require a 32-bit version for compatibility reasons will be able to download the 15.25 version as a one-time update manually from the Microsoft Office website. All versions following 15.25 will be 64-bit only.Office for Mac got touch bar support on February 16, 2017, as promised on the launch of Macbook Pro with touch bar, .

PROS
World's most powerful office suite. Upgraded with the smoothest collaboration features anywhere. Minimal interface changes from 2013 Pro version. Monthly updates with new features for Office 365 subscribers. Consistent interface on all platforms, desktop and mobile.
CONS
Little-used features that were awkward in past versions still aren't fixed. Traditional standalone copies won't get the same updates that Office 365 subscribers will get automatically.
BOTTOM LINE
Microsoft Office remains the mightiest productivity suite you can get, with strong collaboration features added in the latest version. Users of Office 2013 Pro won't need any retraining, and new features are slotted smoothly in with the old.

Microsoft made massive changes in Office 2016 Pro for Windows but has hidden most of the changes beneath a reassuringly familiar-looking surface. With the new version, the world's most-powerful and widely used office application suite leaves its online and desktop-based competition even further in the dust, especially in its convenient and deeply integrated collaboration features.

The new features get even more elaborate when you start working with other team members using timesaving Group functions built into Outlook. In all these changes, Microsoft isn't merely playing catch-up with collaborative services like Google Apps or Zoho Office. Some of Office's collaboration features are so effective and intuitive that you may wonder why no one thought of them before.
Other changes that Desktop users won't notice include handwriting support for equations, so tablet users can draw an equation on a touch screen and see Office transform it into typeset form—impressively but not always perfectly accurately in my ham-fisted testing. Another change brings the traditional Office apps closely in line with new mobile versions for iOS and Android. Office 2016 Pro is now the first more-or-less universal office application suite, with consistent versions available via any modern Web browser and every standard desktop and mobile platform except Linux. 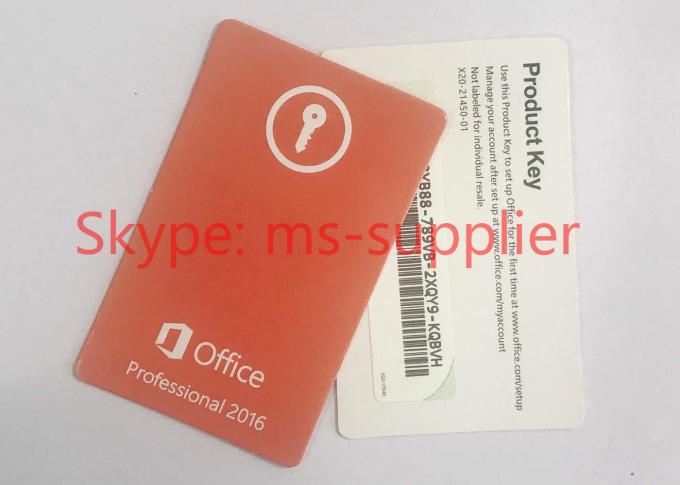