With the new touch-optimized reading mode in Word 2013, you can skim through documents using a finger swipe. Making changes to documents has had a huge overhaul, and expanded to make editing documents easier. Microsoft Office 2013 Standard also edits PDFs without the need for additional software, which makes it a direct competitor of Adobe Acrobat.

In Excel 2013, the new Flash Fill function automatically fills out a range of selected cells. Excel analyzes the entire table, detects relations between cells, and suggests a value or text. Excel also makes it easier to create pivot tables and graphics by generating suggestions in a similar fashion. The new Quick Analysis feature in Microsoft Office 2013 Standard lets you preview certain formatting options in the spreadsheet itself.

PowerPoint 2013 splits the presenter mode into two different views for the audience and the presenter. Besides the presentation itself, you can also see a bullet list and more details on the presenter screen. On Tablets, you can switch between slides using finger gestures, paint with a stylus for a lecture on film, or use a virtual laser pointer.

In all views, Outlook 2013 brings together fade-in menus for appointments, contacts and tasks. E-mails in Outlook 2013 are now tablet friendly and can be viewed, if you want, in an optimized list view with larger areas.

Microsoft Office 2013 Standard uses the same minimalist tile design as Windows 8, and everything seems to mold together well. Large, cleanly arranged icons are there for the most important functions, while new templates provide visually appealing spreadsheets and presentations.

Microsoft Office 2013 Standard comes with many useful functions, which lets it be selectively used on touch screen devices. Unfortunately, the Office Suite is anything but tablet-friendly. Many selection elements and options are too small for untrained fingers.

Other features of Microsoft Office 2013 Standard are, however, far more convincing: the PDF editor offers greatly improved options for collaborative editing, there is cloud integration with Skydrive, and extras such as embedding YouTube videos, are great innovations.

Compare Office Suites and Find the Office That's Right For You 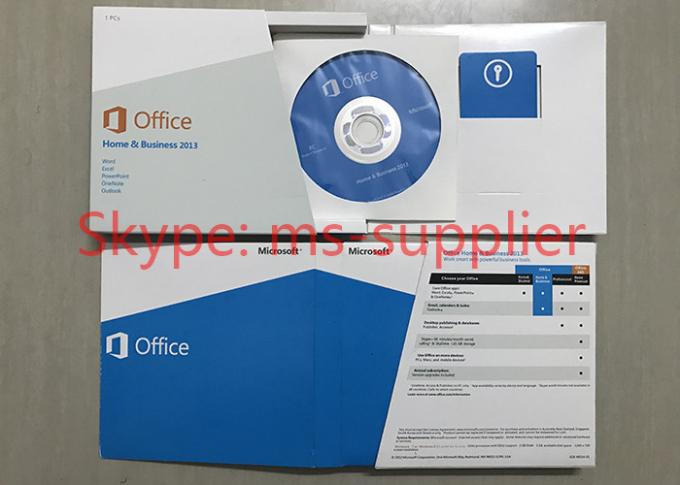