We are so happy that you get this item information by internet maybe Google search, Yahoo Search,Being,whatever,this is first step to get collected to each other, and start to build mutual trusting for further business cooperation. We can supply you original microsoft Win 2008 R2 OEM version, genuine Win Server 2008 Standard retail and authorized Win Server 2008 Standard retail COA license , too. Detailed item description , there will be no more repeats as you must know it very well or you can get the exact info through Microsoft Official Website or Stores. but here, every single product that listed on our website has covered 100% customer satisfaction, there is no more too cheap items, good quality has real cost which more than any other bad quality or not stable items, we do real business. if you do real , then you know it very well.

Windows Defender: Windows Server Antimalware is installed and enabled by default without the GUI, which is an installable Windows feature.[4]

Storage Services: central Storage QoS Policies; Storage Replicas (storage-agnostic, block-level, volume-based, synchronous and asynchronous replication using SMB3 between servers for disaster recovery).[6] Storage Replica replicates blocks instead of files; files can be in use. It's not multi-master, not one-to-many and not transitive. It periodically replicates snapshots, and the replication direction can be changed.

Soft Restart, a Windows feature to speed up the booting process by skipping hardware initialization, and resetting software only.[10]

Telnet server is not included.

Unlike its predecessor, Windows Server 2012 has no support for Itanium-based computers,[6] and has four editions. Various features were added or improved over Windows Server 2008 R2 (with many placing an emphasis on cloud computing), such as an updated version of Hyper-V, an IP address management role, a new version of Windows Task Manager, and ReFS, a new file system. Windows Server 2012 received generally good reviews in spite of having included the same controversial Metro-based user interface seen in Windows 8.

Unlike its predecessor, Windows Server 2012 can switch between "Server Core" and "Server with a GUI" installation options without a full reinstallation. Server Core - an option with a command-line interface only - is now the recommended configuration. There is also a third installation option that allows some GUI elements such as MMC and Server Manager to run, but without the normal desktop, shell or default programs like File Explorer.

Server Manager has been redesigned with an emphasis on easing management of multiple servers.[18] The operating system, like Windows 8, uses the Metro-based user interface unless installed in Server Core mode.[19] Windows Store is available in this version of Windows but is not installed by default.[20] Windows PowerShell in this version has over 2300 commandlets, compared to around 200 in Windows Server 2008 R2.[21]

Windows Server 2012 includes a new version of Windows Task Manager together with the old version.[22] In the new version the tabs are hidden by default showing applications only. In the new Processes tab, the processes are displayed in varying shades of yellow, with darker shades representing heavier resource use.[23] It lists application names and status, as well as CPU, memory, hard disk and network utilization. The process information found in the older versions are now moved to the new Details tab. The Performance tab shows "CPU", "Memory", "Disk", "Wi-Fi" and "Ethernet" graphs. The CPU tab no longer displays individual graphs for every logical processor on the system by default; instead, it can display data for each non-uniform memory access (NUMA) node. When displaying data for each logical processor for machines with more than 64 logical processors, the CPU tab now displays simple utilization percentages on heat-mapping tiles.[24]The color used for these heat maps is blue, with darker shades again indicating heavier utilization. Hovering the cursor over any logical processor's data now shows the NUMA node of that processor and its ID, if applicable. Additionally, a new Startup tab has been added that lists startup applications,[25] however this tab does not exist in Windows Server 2012.[26] The new task manager recognizes when a Windows Store app has the "Suspended" status.

Windows Server 2012 has an IP address management role for discovering, monitoring, auditing, and managing the IP address space used on a corporate network. The IPAM is used for the management and monitoring of Domain Name System (DNS) and Dynamic Host Configuration Protocol (DHCP) servers. Both IPv4 and IPv6 are fully supported.

Windows Server 2012, along with Windows 8, includes a new version of Hyper-V,as presented at the Microsoft BUILD event.[33]Many new features have been added to Hyper-V, including network virtualization, multi-tenancy, storage resource pools, cross-premises connectivity, and cloud backup. Additionally, many of the former restrictions on resource consumption have been greatly lifted. Each virtual machine in this version of Hyper-V can access up to 64 virtual processors, up to 1 terabyte of memory, and up to 64 terabytes of virtual disk space per virtual hard disk (using a new .vhdx format).[34] Up to 1024 virtual machines can be active per host, and up to 8000 can be active per failover cluster. SLAT is a required processor feature for Hyper-V on Windows 8, while for Windows Server 2012 it is only required for the supplementary RemoteFX role.

Resilient File System (ReFS),[38] codenamed "Protogon",[39] is a new file system in Windows Server 2012 initially intended for file servers that improves on NTFS in some respects. Major new features of ReFS include:

ReFS uses B+ trees[40] for all on-disk structures including metadata and file data. Metadata and file data are organized into tables similar to a relational database. The file size, number of files in a folder, total volume size and number of folders in a volume are limited by 64-bit numbers; as a result ReFS supports a maximum file size of 16 Exabytes, a maximum of 18.4 × 1018 folders and a maximum volume size of 1 Yottabyte (with 64 KB clusters) which allows large scalability with no practical limits on file and folder size (hardware restrictions still apply). Free space is counted by a hierarchical allocator which includes three separate tables for large, medium, and small chunks. File names and file paths are each limited to a 32 KB Unicode text string.

ReFS employs an allocation-on-write update strategy for metadata,[40] which allocates new chunks for every update transaction and uses large IO batches. All ReFS metadata has built-in 64-bit checksums which are stored independently. The file data can have an optional checksum in a separate "integrity stream", in which case the file update strategy also implements allocation-on-write; this is controlled by a new "integrity" attribute applicable to both files and directories. If nevertheless file data or metadata becomes corrupt, the file can be deleted without taking the whole volume offline. As a result of built-in resiliency, administrators do not need to periodically run error-checking tools such as CHKDSK when using ReFS.

Compatibility with existing APIs and technologies

Some NTFS features are not supported in ReFS, including named streams, object IDs, short names, file compression, file level encryption (EFS), user data transactions, hard links, extended attributes, and disk quotas.[39][40] Sparse files are supported.[44][45]ReFS does not itself offer data deduplication.[40] Dynamic disks with mirrored or striped volumes are replaced with mirrored or striped storage pools provided by Storage Spaces. However, in Windows Server 2012, automated error-correction is only supported on mirrored spaces, and booting from ReFS is not supported either.

Windows Server 2012 runs only on x64 processors. Unlike its predecessor

Windows Server 2012 does not support Itanium.[6]

Reviews of Windows Server 2012 have been generally positive.Simon Bisson of ZDNet described it as "ready for the datacenter, today,"while Tim Anderson of The Register said that "The move towards greater modularity, stronger automation and improved virtualisation makes perfect sense in a world of public and private clouds" but remarked that "That said, the capability of Windows to deliver obscure and time-consuming errors is unchanged" and concluded that "Nevertheless, this is a strong upgrade overall."

InfoWorld noted that Server 2012's use of Windows 8's panned "Metro" user interface was countered by Microsoft's increasing emphasis on the Server Core mode, which had been "fleshed out with new depth and ease-of-use features" and increased use of the "practically mandatory" PowerShell.[60] However, Michael Otey of Windows IT Pro expressed dislike with the new Metro interface and the lack of ability to use the older desktop interface alone, saying that most users of Windows Server manage their servers using the graphical user interface rather than PowerShell.[61] The Australian construction company

Paul Ferrill wrote that "Windows Server 2012 Essentials provides all the pieces necessary to provide centralized file storage, client backups, and remote access,"[63] but Tim Anderson contended that "Many businesses that are using SBS2011 and earlier will want to stick with what they have", citing the absence of Exchange, the lack of ability to synchronize with Active Directory Federation Services and the 25-user limit,[64] while Paul Thurott wrote "you should choose Foundation only if you have at least some in-company IT staff and/or are comfortable outsourcing management to a Microsoft partner or solution provider" and "Essentials is, in my mind, ideal for any modern startup of just a few people."

Faster VM deployment (approximately half the time)
Internet Information Services 8.5: Support for logging to Event Tracing for Windows and the ability to log any request/response headers. To improve scalability, if IIS is configured with 100 or more web sites, by default it will not automatically start any of them. Alongside this, a new "Idle Worker Process Page-Out" configuration option has been added to application pools to instruct Windows to page-out the process if it has been idle for the idle time-out period (by default, 20 minutes).
Server Message Block: Performance and event logging quality improvements, support for Hyper-V Live Migration over SMB, bandwidth prioritization management, and the ability to remove SMB 1.0 support
Windows Deployment Services: Support for managing WDS via PowerShell.
Windows Defender is available in a Server Core installation, and is installed and enabled by default.

IP Address Management (IPAM): Extended to support role-based access control, allowing for fine-grained control over which users can view or change configurations for DHCP reservations, scopes, IP address blocks, DNS resource records, etc. Additionally, IPAM can integrate with System Center Virtual Machine Manager 2012 R2 to have coordinated IP policy across both physical and virtual environments. The IPAM database can be stored in a SQL Server instance instead of Windows Internal Database.[78]
Group Policy has a new "Policy Cache" setting which allows domain-joined machines to store a copy of the group policy settings on the client machine and, depending on the speed of access to the domain controller, use those at startup time instead of waiting for the policy settings to download. This can improve startup times on machines that are disconnected from the company network.[79]New Group Policy settings have been added to cover new features in Windows 8.1 and Internet Explorer 11, such as enabling/disabling SPDY/3 support, configuring start screen layouts, and detecting phone numbers in web pages.
TLS support is extended to support RFC 5077, "Transport Layer Security (TLS) Session Resumption without Server-Side State", which improves performance of long-running TLS-secured connections that need to reconnect due to session expiration.
Hyper-V role and Hyper-V management console are added to the Essentials edition.[81]

For the Standard and Datacenter editions, each user or device accessing the software must have a client access license (CAL) assigned (either per-user or per-device), so there may be no more simultaneous users than the number of client-access licenses, except up to 2 simultaneous users purely to administer the server software, or for running virtualization or web workloads. Remote Desktop Services requires an additional CAL separate from the aforementioned CAL. 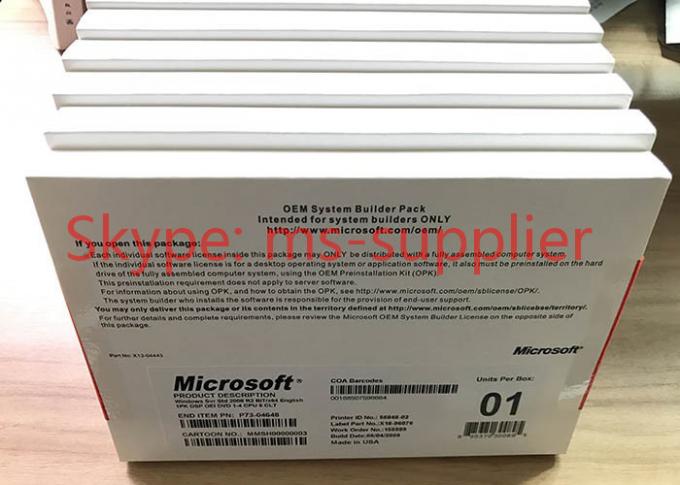 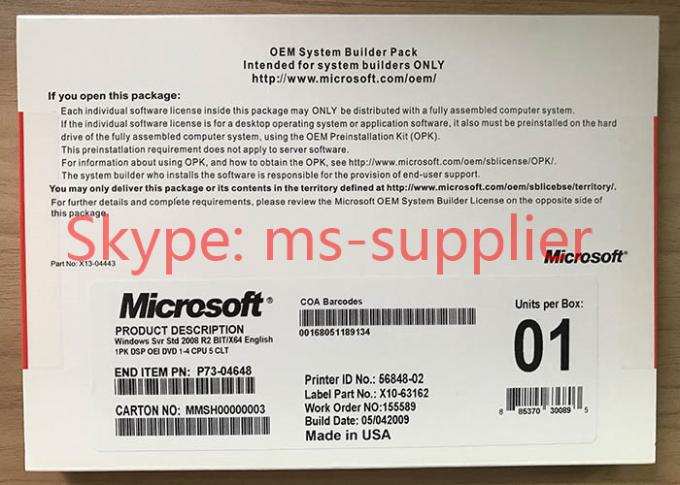 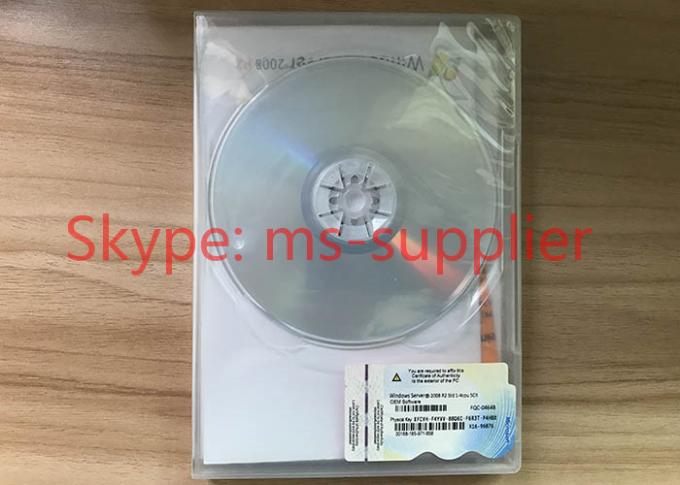